Find your student accommodation Plymouth, with ease on Unilodgers.com! The city of Plymouth, also called the Ocean City, is located on the south coast of Devon, between the mouths of the Rivers Plym and Tamar, 310 Km southwest of London. The city offers international students some of United Kingdom's finest higher education institutions, including The University of Plymouth, Plymouth Marjon University, and many more.  Find hundreds of Plymouth student rooms from en suites, studios, shared flats for Plymouth Universities and choose the one that suits you best.

6 Reasons to Book Your Student accommodation in Plymouth With Unilodgers

2. Personalized service is what we’re all about. Each student is assigned a student support specialist for year-round assistance from booking until checkout day. Our 24/7 student support team is always there when you need us.

3. We provide easy and instant online booking. Unilodgers’ online booking platform provides streamlined service from beginning to end. Find the best student flats Plymouth, book, and confirm. As always, our student support specialists are there for you through it all.

5. We get Plymouth student accommodation. At Unilodgers we truly understand that the student home is the place where a lifetime of memories are made. To that end, we make every effort to provide our students with only the best properties to select from. We ensure every property listed is verified strictly for the purpose of student flats Plymouth. We also certify that each property offers bright and clean rooms, great social and study spaces, safe and calm surroundings, and is located close to universities.

6. A seamless and secure booking process. Once you’ve decided where you’d like to take up residence, conveniently pay directly to your property – not a third party. As always, you’ll never pay any additional charges or fees for booking your student accommodation Plymouth to Unilodgers. 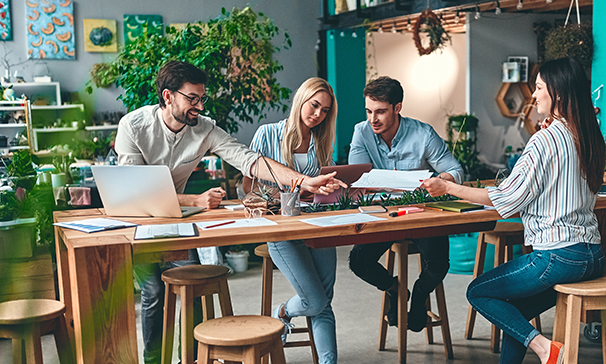 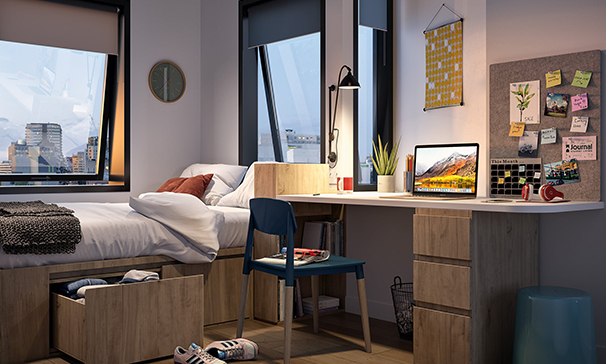 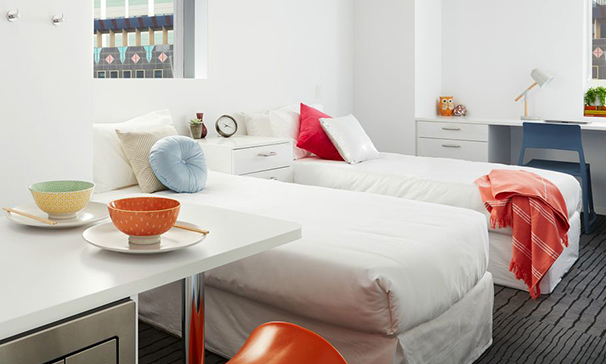 Plymouth’s clear waters and ferry rides to cruise along few of the most beautiful coastlines make it one of the most picturesque cities. It is home to the New Palace Theatre, on Union Street where world-famous Acts were performed by Charlie Chaplin and Laurel & Hardy.  Plymouth was an important shipping port during the Industrial Revolution and today, it is regarded as the largest operational naval base within Western Europe.

There is one major Institution for Higher Education – University of Plymouth which attracts a large number of home and international students every year.

Plymouth student accommodations offer you a variety of choices of self-catered flats with shared bathrooms, en-suite rooms as well as studio flats, which are fully furnished with modern amenities; to suit all your needs and budgets. You can also avail benefits of on-site conveniences such as gyms, laundry areas in majority of the student accommodations.

With Plymouth University in the heart of the city, you can explore the city centre on foot or by cycle. To cover longer distances within the city buses are the most convenient and pocket friendly. For intercity travel; Plymouth Railway station is only a few minutes’ walking distance from the University campus. The closest airports are Exeter airport, a little less than two hours away and Heathrow International airport London is 4 hours by train.

There are a number of attractions to see and things to do on your days out. The Hoe, is a where the famous Smeaton’s Tower Lighthouse is located and is a huge green space overlooking the sea, a perfect spot to chill on a sunny day. You can take a tour of the oldest Gin Distillery of England or explore the National Marine Aquarium on a rainy day. If you like the outdoors, why not rent a Kayak and enjoy some alone time on Plymouth’s clear waters or take a ferry ride to cruise along few of the most beautiful coastlines.

The Drake Circus and Armada Shopping Centre should cover just about all your shopping needs. If it is live entertainment you are looking for, then you will always find something happening at Plymouth Pavillions, Barbican Theatre or the Hub. The city is host to many festivals that you can be a part of such as the Plymouth Seafood Fest, Flavour Fest, Pirate Weekend and Ocean City Sounds.

There is nothing like unwinding after an intense day of lectures with your friends over drinks and food; for days like these, you can head to bars & pubs like James Street Vaults, the Roundabout and Mousetrap. For club nights there are numerous options within the city, the best being Cuba, Pryzm, Annabel’s, Switch and the Factory.